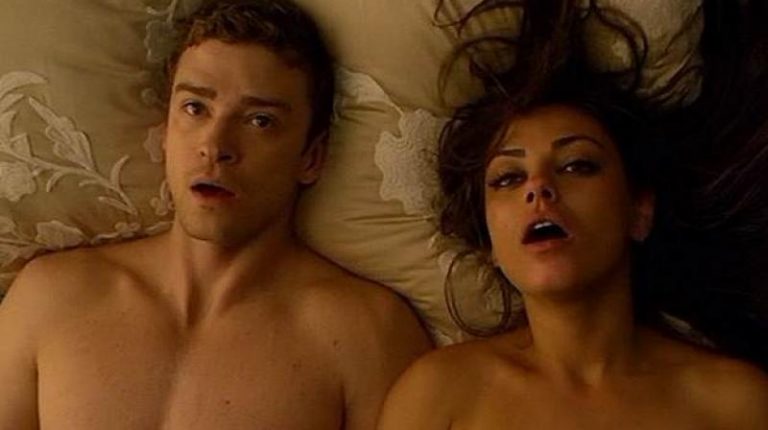 When you’re close to orgasm, there’s nothing worse than a ringing phone or a crying kid in the next room or an awkward sex position abruptly ruining the moment. Suddenly sliding away from that peak is disappointing, to say the least. That’s doubly true for women, many of whom find it much harder to achieve orgasm during penetrative sex. In fact, according to a recent survey, only 65 percent of heterosexual women consistently reach the pinnacle of pleasure during sex.

So what can you do to help her reach that peak? Help her relax, says sex therapist Ian Kerner, Ph.D. “Studies show that in order for a woman to achieve orgasm, the part of her brain associated with stress, emotion, and anxiety has to shut down,” he says. Translation: if you make a woman feel so good that she completely forgets about everything else, then you’re highly likely to give her an orgasm.

Of course, every woman is different, so what one woman loves in bed another woman might loathe. That said, there are a few moves that do tend to work — so if your partner is having trouble getting to the finish line, try these tips from real women and sexual health experts.

1) Get to know the clitoris.

First things first: the vast majority of women require clitoral stimulation to reach orgasm, period. In fact, a study of more than 1,000 women in 2017 revealed that only 18 percent of ladies can orgasm through vaginal intercourse alone. So when you’re having sex, you want to spend as much time stimulating her clitoris as possible.

Some sex positions make it easier to do this than others. Rachel* reveals this trick: “When a guy is on top of you in the missionary position, have him shift his body slightly forward so that, every time he thrusts, his penis rubs against your clitoris.” This tactic is even more orgasmic if the woman’s legs are together and the man’s are straddling her, says Ellen Friedrichs, M.A., an adjunct professor of human sexuality at Rutgers University. You can achieve the same effect when she’s on top by propping yourself up on your elbows, which places your abdomen in closer contact with her clitoris.

2) Pay more attention to her butt.

That said, be gentle, and take it one step at a time. Yes, of course, there are women out there who crave a good spanking, but until you’ve had a conversation about this sort of thing, just keep it simple and light.

As we mentioned above, direct clitoral stimulation is the most surefire way to bring many women to orgasm — and oral sex is a pretty good way of going about that. “Going down on a woman allows you to get a real sense of the stimulation she likes at every stage of arousal, especially the final one,” says Kerner.

To find out more about what she likes and doesn’t like, let her take the lead. When you’re giving her oral sex, get between her legs and give her a solid base of lips, tongue, and even chin to rub against. At first, use your hands to guide her hips to let her know you want her to do the grinding. When she takes over, note how hard she’s pushing and in what direction. Use that information later when using your fingers or mouth to please her.

Once things get more heated, you might be tempted to focus less on kissing in favor of more X-rated pleasures. But deep kissing is a must for female orgasm, according to a 2017 survey of more than 50,000 adults. The findings revealed that women were much more likely to reach orgasm if their sexual encounter included a combination of deep kissing, oral sex and genital stimulation.

No matter how hot and heavy you guys are getting, without adequate lubrication, it’s easy for sex to become uncomfortable or even painful for her. “Lubrication increases the comfort and speed with which you can penetrate the vagina and grind against the clitoris,” says Friedrichs. “But sometimes, no matter how turned on a woman might be psychologically, she can have trouble getting wet.”

Our necks are highly responsive touch pads: the skin is thin there, and the blood vessels are close to the surface. So it’s not surprising that researchers have found that the neck is one of the best places to stimulate a woman using light touch (so no hickeys, please).

When you’re having sex and she’s clearly moving toward orgasm, brush your lips from her collarbone to her jaw, then give her neck soft, warm kisses to drive her wild.

In the heat of the moment, a string of well-chosen four-letter words can work wonders.

“Nothing makes me hotter than when he describes what he’s doing to me in explicit language,” says my friend Lana. “But I’m picky—there are certain terms that drive me wild, and others that make me cringe.”

Test the waters by “complimenting her or talking about how good what [she’s] doing feels,” advises Friedrichs. If she responds with “Oh, yeah” or a similarly enthusiastic phrase, she wants more.

If you’re hesitant, a simple compliment about how attractive you find your partner will do the trick. “You don’t have to tell or make pornographic sounds, but saying something specific about me is sexy while we’re in bed is perfect,” says Emily.

If your partner never hits her high note, no matter now hard you try, it might be time to enlist the help of sex toys. In fact, she’ll probably be more than happy to pull out the Hitachi Magic Wand from her bedside drawer: more than 50 percent of women use vibrators to help them achieve orgasm, according to a 2009 study.

This might sound obvious, but asking your partner exactly what makes her hot is the best way to help her orgasm. In fact, studies have shown that people who are more comfortable talking about sex have better sex, because they feel less anxious during intercourse. Discussing her fantasies, preferences, and turn-offs (without judgement) will make her feel more comfortable — which will, in turn, lead to both of you having incredible orgasms.